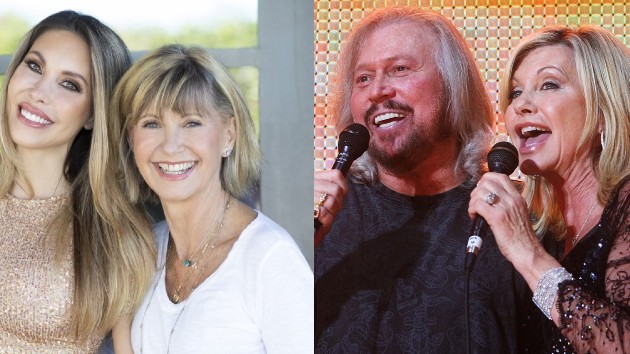 Olivia and Chloe just released “Window in the Wall,” which Olivia was offered by a woman she met a few years ago. The woman emailed Olivia and said she had a great song for her…written by her cousin.

Olivia laughs, “I’m thinking, ‘Oh gosh. It’s her cousin and it’s going to be terrible, and how am I going to tell her?"”

But when she heard the song, which is about trying to find unity and common ground, Olivia tells ABC Audio, “I was really moved by it…some little voice told me, you need to record this song. It’s a very special song.”

“I think this world is in need of healing music right now,” she adds.  “It wasn’t intended as a duet…but…for me, that that’s how it needed to be.”

“The fact that out of all the people my mom could have asked…she asked me,” Chloe says. “I was honored, and I thought the message of the song was perfect for the world right now.”

Meanwhile, you can also hear Olivia singing with Barry Gibb on Greenfields his new duets album, which just became his first solo #1 album in the U.K., where he was born.

“I’m so thrilled for Barry, he so deserves this,” Olivia gushes.  “His songs are so beautiful…I love listening to this album. I sing along with every song.”

“Barry and I met when we were teenagers,” she note. “And to have known him through all the different stages of his life and career is quite amazing. He’s just so clever…and to work with him again now…was a big honor.”