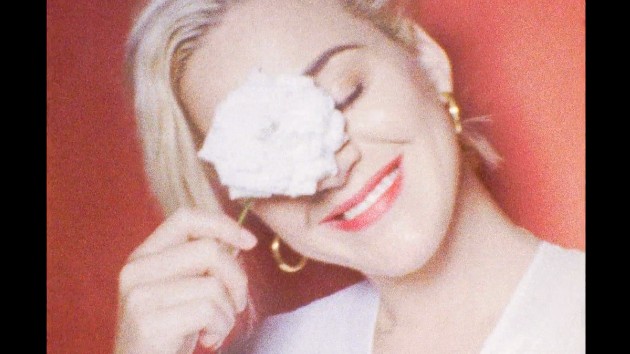 Last week, Katy Perry unveiled a remix of her song “Resilient,” created by superstar DJ/producer Tiësto and featuring vocals from Spanish pop singer Aitana.  Now, Katy’s partnered with Coca-Cola, and that remix is being used to soundtrack a new short film called Open to Better.

The film is all about “positivity and optimism”: It features images of a smiling Katy dancing around with a flower, as well as footage of young, diverse individuals and couples, and even their pets, fighting through life’s challenges by engaging in uplifting activities, or simply having fun together.

Toward the end of the film, we see the words “Open to…” followed by words like “good food,” “better music,” “morning kisses,” “more love” and “infinite hope.”

“To me, this campaign is about growing through challenges,” Katy says in a statement. “I think the song ‘Resilient’ ties so well into that because being resilient is getting back up after you fall, growing from failure, and getting through that challenge.”

“I loved the unity perspective Aitana brought to the song, and how it evolves the message into the importance of being resilient as a group,” Katy adds. “It’s not always just about personal growth, we need to grow together too!”

In a statement, a Coca-Cola exec says, “We are collaborating with Katy Perry to spread a message of hope and positivity, especially for the next generation. Lockdown has meant that young people have missed out on life-defining moments — from proms and graduations to just being with their friends face-to-face. This song is dedicated to them.”

Open to Better is part of Coca-Cola’s “Open” brand platform, the slogan for which, “better when we’re open,” is designed to bring people together in these increasingly divisive times.