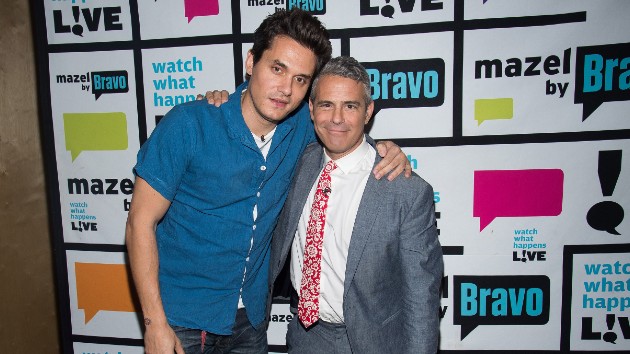 What’s the coolest part of having John Mayer as your BFF?  It just might be having him personally play guitar for your young children who have no idea who the heck he is.

On fan gushed, “Ben has some pretty rad uncles!“

Andy captioned the shot “Twinkle Twinkle>Bertha,” in reference to which song John’s supposedly performing for Benjamin, and to the Grateful Dead‘s classic tune “Bertha.”  Both Andy and John are bonded by their mutual love of the Dead, and even took a road trip to see the band in 2015.