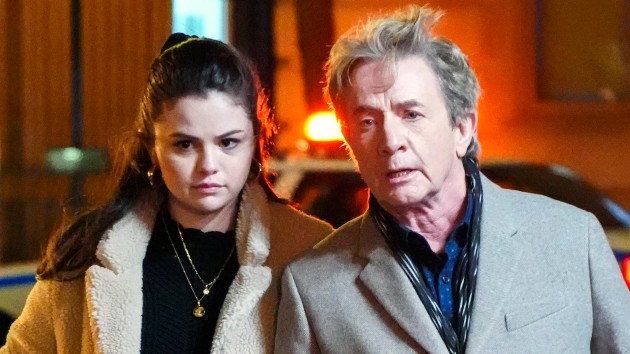 Selena Gomez is a murder-mystery fan whose hobby turns real in our first look at her new TV series, Only Murders in the Building.

The Hulu comedy stars Selena and comedy legends Martin Short and Steve Martin as Mabel, Oliver and Charles, three true crime obsessives who all live in the same New York City apartment building. When someone in their building actually dies, they decide to investigate — and, of course, because this is 2021, they also record a podcast about the case.

In the trailer, all three talk about what they love about true crime, and then we see a bunch of police running down a hallway in the building.  Next, we see Charles and Oliver knocking on Mabel’s door.

“We’re gonna go down there and look for clues,” says Charles. “Wanna come?”

“Do I want to break into a dead guy’s apartment and look through all his s**t?” Mabel responds. “Sounds like an afternoon!”

Only Murders in the Building debuts on Hulu August 31.