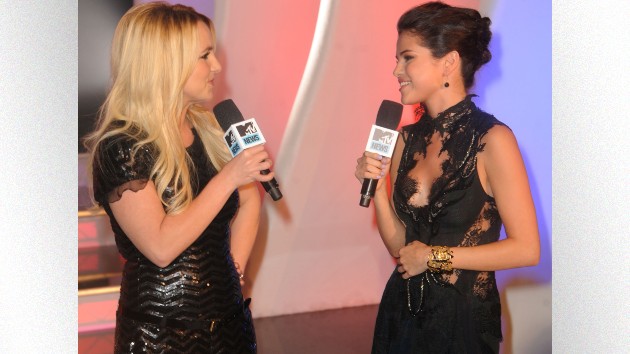 “The hustle was real,” the star captioned the adorable, never-before-seen video.

The snippet shows an eight-year-old Gomez enthusiastically singing along to Britney’s 2000 song, “Don’t Go Knockin’ on My Door.”

In the video, Selena is rocking blue-tinted sunglasses as she stands in front of a dramatic backdrop of storm clouds and cyclones.

As little Selena, who’s now 28, sings “You better get off my back/Don’t go knockin’ on my door,” she rips off her sunglasses and stares down the camera.

Of course, Selenators delighted in the surprise post, with her makeup company Rare Beauty commenting with crying/laughing emojis and declaring, “Too real.”

Britney has yet to react to the video.

“Don’t Go Knockin’ on My Door” was released as part of Britney’s sophomore album Oops!… I Did It Again.  The album was nominated for the 2001 Best Pop Vocal Album Grammy and went on to become one of the best-selling albums of all time, selling over 20 million copies.

Report: Britney’s doctors want her dad out of her conservatorship, too