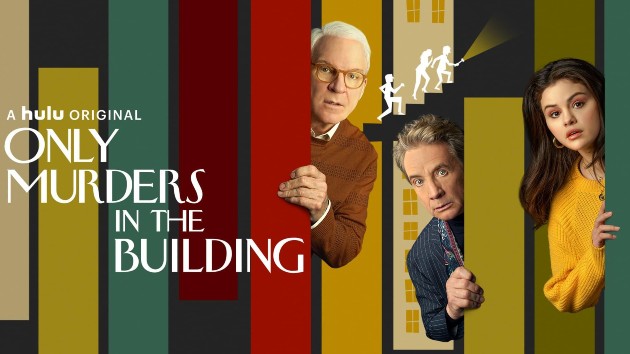 Selena Gomez isn’t the only chart-topping musician in the new Hulu series Only Murders in the Building: Rock legend Sting also has a role.  In fact, he’s starting to look like the prime suspect in the murder that the characters played by Selena and her co-stars Steve Martin and Martin Short are investigating. But despite the fact that they’re both musicians, Selena said talking shop with the Rock and Roll Hall of Famer was the last thing on her mind while filming the show.

“Oh, gosh, no, no, no!” Selena tells ABC Audio when asked if she and Sting discussed collaborating. “But I will say this: [There] was a very cool moment.”

“There was a piano on set and I was just playing piano and all of a sudden I hear Sting playing exactly what I’m playing, on the guitar!” Selena recalls. “And I’m like, ‘O.K., this is a surreal moment I’m going to remember for the rest of my life.’ ‘Cause…, like, I don’t bother [other stars] with anything; I just wanted them to have a great experience.”

More about Sting and his motivations will be revealed in the fourth episode of the show, which arrives today on Hulu. It’s called “The Sting,” and in it, we’ll find out that there’s a definite connection between the rocker and the victim, Tim Kono.

Like Selena, Sting has had an acting career running parallel to his music career for years. But according to Entertainment Weekly, the reason Sting is in Only Murders is because he’s been friends with Steve Martin and the show’s casting director, Bernard Telsey for a long time.