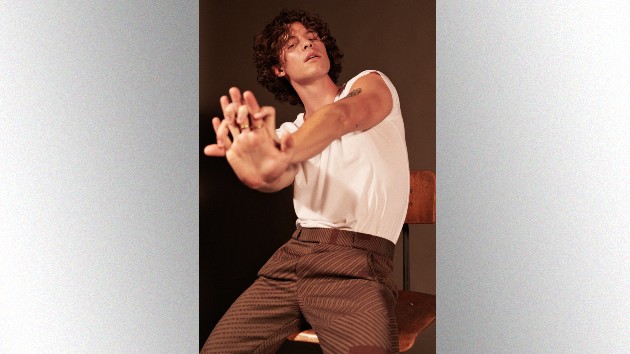 Shawn Mendes wasn’t able to lie his way out of uncomfortable questions during a new interview with Vanity Fair.  That’s because he was attached to a polygraph — a lie detector machine — that called out every fib.

The 15-minute interview saw the “Summer of Love” singer sweat through a series of questions as a stoic polygraph examiner monitored his physical reactions. Questions ranged from discussing Sean’s personal and romantic life, to asking his unfiltered thoughts about his circle of friends, including their significant others.

One awkward moment came when the reporter grilled Mendes on Taylor Swift‘s boyfriend, British actor Joe Alwyn. When asked if he approved of Alwyn, the Grammy winner took a moment before responding, “I’ve never personally met Joe, but he looks like a sweet guy.”

Unfortunately, the man monitoring the polygraph chimed in that Mendes was being “deceptive,” which forced Mendes to redo his response. As it turns out, the “Stitches” singer thinks Alwyn’s eyes are a little too blue.

“He’s kind of got a little bit of a villain look about him. He looks like a nice guy but, like, he at any movement could turn into a villain, you know?” Shawn nervously chuckled. “He’s got really blue eyes and I struggle with eyes that blue…I find it easier to trust brown eyes.”

Speaking of brown eyes, Mendes happily dished on his romance with singer Camila Cabello, saying truthfully that “everything’s okay” between the two.  He also ratted out his girlfriend as the one who runs their dog Tarzan‘s ultra-successful Instagram account that boasts nearly a quarter-million followers.

As for Mendes himself, he was asked if he was nicer than Harry Styles, and responded, “It’s hard to tell… I think I could be nicer than him.”