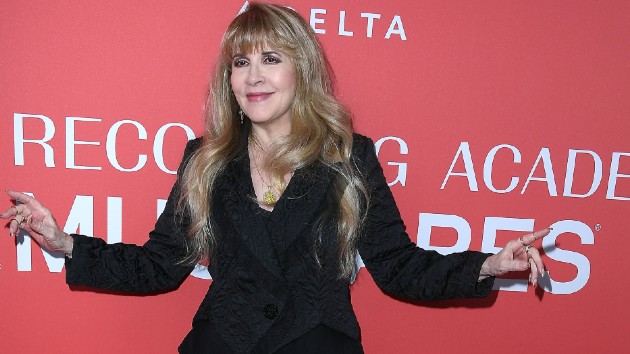 Each year, a few days before the Grammy Awards, the Recording Academy’s MusiCares charity hosts a star-studded benefit gala saluting its “Person of the Year.”  Those performances are usually invitation only, so the public never gets to see them — but COVID-19 has changed everything.

In lieu of a Person of the Year gala this year, MusiCares is hosting a virtual benefit called “Music on a Mission” — and you can be a part of the action.  The March 12 event will feature legendary performances from ceremonies of years past, from the likes of Stevie Nicks, Tom Petty, Usher and Bruce Springsteen.

In addition, there will be new performances from current stars like John Legend, and special appearances by The Jonas Brothers, Carole King, Lionel Richie, Paul McCartney, Shakira and more.  Tickets are only $25 and they’re on sale now at MusicCares.org.

All the money raised will be donated to music people in need, who’ve suffered greatly during the pandemic due in large part to a lack of touring and public performances.  Since it began, MusiCares has distributed more than $22 million to help more than 25,000 industry people, from songwriters, musicians and engineers to bus drivers, guitar techs, record label employees and more.

This year’s Grammy Awards will take place Sunday, March 14 in Los Angeles and air on CBS.

Jonas Brothers are not splitting up: “We all have a ton of exciting stuff coming”