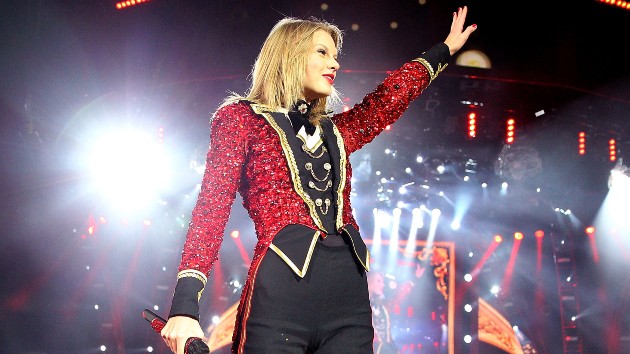 Sorry, Swifties: You were wrong this time.

Taylor Swift fans were convinced that today, Taylor would announce that the next one of her old albums she’d re-record would be 1989. Well, they were right about the first part, but it turns out that the next “Taylor’s Version” we’ll get is 2012’s Red.

In a lengthy Instagram post, Taylor writes, “The next album I’ll be releasing is my version of Red. Musically and lyrically, Red resembled a heartbroken person. It was all over the place, a fractured mosaic of feelings that somehow all fit together in the end. Happy, free, confused, lonely, devastated, euphoric, wild, and tortured by memories past.”

“Like trying on pieces of a new life, I went into the studio and experimented with different sounds and collaborators,” she continues. “And I’m not sure if it was pouring my thoughts into this album, hearing thousands of your voices sing the lyrics back to me in passionate solidarity, or if it was simply time, but something was healed along the way.”

Taylor adds that she “just couldn’t stop writing” songs for the project and so, she promises, “This will be the first time you hear all 30 songs that were meant to go on Red. And hey, one of them is even ten minutes long.”

Fans will definitely rejoice at that last line, because it seems to indicate that Taylor will release the original 10-minute-long version of the song that’s been hailed as perhaps her finest moment: “All Too Well.”

Last November, Billboard reported that Taylor told a podcast that she’d originally recorded a 10-minute version of the song, but ended up cutting the extra seven verses when it came time to put it on the album.

Red (Taylor’s Version) is out November 19.

Billie Eilish’s sophomore album ‘Happier Than Ever’ is finally here

Tai Verdes is ready for his Lollapalooza moment, predicts he’ll “pass out” on the stage