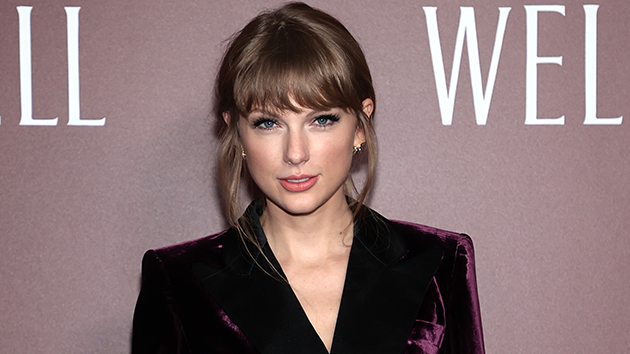 Taylor Swift﻿ hasn’t scored an ACM Award nomination since 2018 — until this week.  The singer’s deliciously petty music video for “Bet You Think About Me (Taylor’s Version)” has been nominated for Video of the Year.

The music video was directed by pal Blake Lively and stars Top Gun: Maverick actor Miles Teller as a groom suffering from cold feet on his wedding day because he cannot get his ex, played by Taylor, out of his head.

Taylor continued, “I loved making this video and it’s so cool to see the @acmawards nominate it for video of the year” and closed with a crying while smiling emoji.

“I Bet You Think About Me (Taylor’s Version),” which features vocals from country superstar Chris Stapleton, is among the “from the vault” tracks that appeared on her recently released Red album.  The music video was released on November 15 and features an unhinged Taylor wreaking havoc on her ex’s wedding, from ripping chunks out of the wedding cake to giving a drunken speech and falling off the stage — all while the adoring guests approve of her shenanigans.  But the ending shows it’s a fantasy conjured by her ex boyfriend, who cannot stop thinking about her.