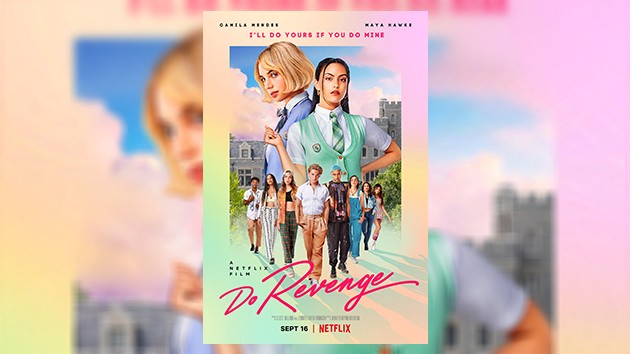 Do Revenge is blowing up on social media, and we have Taylor Swift to thank for the new teen comedy.

“There’s a lot of Reputation in the film… There’s snake emoji energy,” Robinson revealed. The director also hopes Taylor has watched Do Revenge, which is currently the second-most watched film on the streaming platform.

“I hope she likes it,” Robinson said, adding Taylor’s good friend Este Haim “did the score.” Este is a third of the sister trio band HAIM, who has adopted Taylor as an honorary Haim sister. Taylor also jumped on a remix of their song “Gasoline,” and they returned the favor by lending their vocals for “no body, no crime.”

“I feel like we have a lot of things that Taylor will hopefully like,” the director gushed, adding, “I just hope she really loves it.”

This isn’t the first time Robinson and Taylor were inspired by the other. When Taylor watched Robinson’s 2019 movie Someone Great, she wrote the song “Death by a Thousand Cuts,” which appeared on her Lover album.

Do Revenge star Maya Hawke has also drawn some inspiration from Taylor: she previously revealed her forthcoming sophomore album Moss was inspired by Taylor’s own album, folklore.

Whether or not Taylor has watched the revenge comedy, there’s another reason she should probably watch the film: her pal, Game of Thrones star Sophie Turner, makes a hilarious — and vulgar — cameo as mean girl Erica Norman.

Scooter Braun wishes he handed things differently with Taylor Swift: “I learned an important lesson from that”