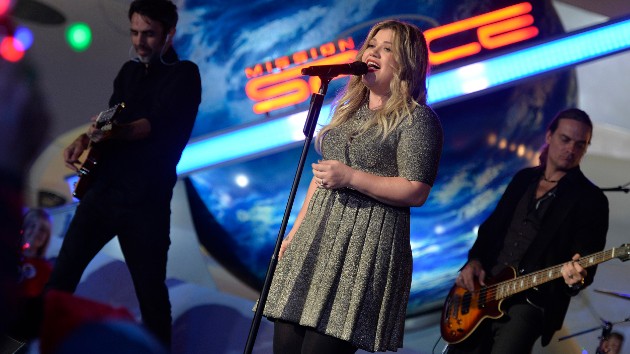 In a special fifth anniversary edition, The Wonderful World of Disney: Magical Holiday Celebration will revisit some of the annual highlights of Christmases past at Disney Parks.

Meghan Trainor, Idina Menzel, OneRepublic, Boyz II Men and Aloe Blacc are also among the performers revisited in the special, which will air on Thanksgiving night.

Sibling duo Derek and Julianne Hough are returning as hosts. They last hosted the special during its inaugural year, 2016. This year, they’ll kick the night off with a brand-new medley of classics, singing and dancing their way through a dazzling show open.

During the holiday special, we’ll get a couple of sneak peeks into the wonderful world of Disney, including a glimpse into Remy’s Ratatouille Adventure, which is coming to EPCOT in Florida in 2021.

The show will also feature a teaser of the all-new film Soul, a Disney and Pixar production that’s coming to Disney+ beginning Christmas Day.

The special will air on November 26 at 9PM ET on ABC.