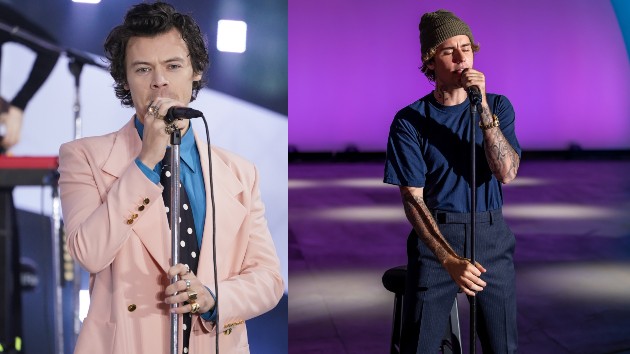 It appears that celebrities inhabit a universe in which they either randomly encounter other stars — or ask them to help out with chores.

Tuesday night on The Tonight Show Starring Jimmy Fallon, actress Emma Corrin, who plays Lady Diana on the new season of The Crown, detailed that time she asked Harry Styles to watch her dog.

“He once dog-sat for me,” she recalled. “I was having dinner and I sort of knew where he lives and he looked after Spencer for me, but not again. He hasn’t done it again and I think it’s because halfway through the meal, I got a message that just said, ‘He won’t stop farting. Is this normal?"”

“The thing I love about this is, this dog has no idea…for a dog, it’s just a person,” Corrin added.

Meanwhile, on last night’s Jimmy Kimmel Live!, actress Alison Brie recalled that one time she and her husband, actor Dave Franco, were poolside at a hotel in a remote Italian town when they noticed another guy come out to the pool and order some penne pasta.

“I look to Dave and…and the look on his face, I’m like, ‘Who is it? Do we know him?’ And Dave is like, ‘You wouldn’t believe me if I told you,"” Alison told Jimmy. It turned out to be Justin Bieber.

“I have to say, it was delightful in the moment,” the Community star added. “But hours later Dave and I are brushing our teeth, getting ready for bed and the two of us [started singing] ‘Penne pasta, penne pasta."”

Surprise, Swifties: Taylor Swift’s next re-recording is ‘Red’ — with 30 songs!