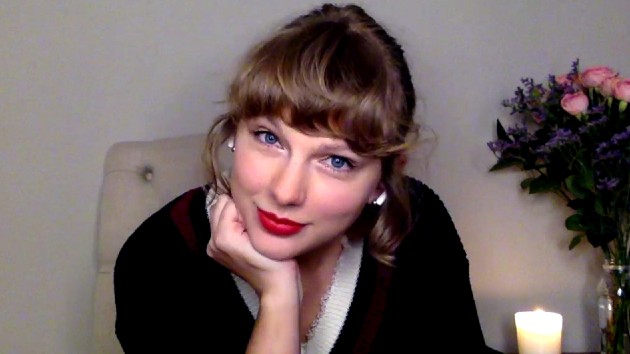 Sea shanties have seemingly taken over TikTok and the U.S. Navy Band hopes to cash in on the craze by giving an early Taylor Swift hit a sea-faring transformation.

The band released its tongue-in-cheek parody of “We Are Never Ever Getting Back Together,” Swift’s Grammy-nominated record from 2012, on Monday.

The arrangement features five harmonizing band members accompanied by a violinist and percussionist on what appears to be a Djembe.

Of course, the group fully acknowledges that their latest masterpiece might not be everyone’s cup of tea — or bottle of rum — when ad-libbing a line that references the viral “Wellerman” shanty made by Scottish musician Nathan Evans.

The band asserted its authority on sea shanties when sharing their latest single by joking on Twitter, “To quote @CHINFO, ‘We were very much into this music before it was cool."”

The CHINFO account is run by Rear Admiral Charles Brown, the U.S. Navy’s public affairs officer, who retweeted the video and praised his fellow sailors for their craftiness.

“This sea shanty parody may VERY MUCH not be your jam… I’m so thankful for the talent, creativity and sense of humor of our @usnavyband,” wrote Brown, who linked to the group’s official YouTube page and added, “For those who take their sea shanties more seriously, you can find the band’s more traditional shanties and more here.”

While online reactions to the “We Are Never Ever Getting Back Together” shanty remix have been mixed, fans are waiting with bated breath to see if Swift will react to the honor.

As “Put Your Records On” keeps going, Ritt Momney says he’s the “luckiest musician ever”