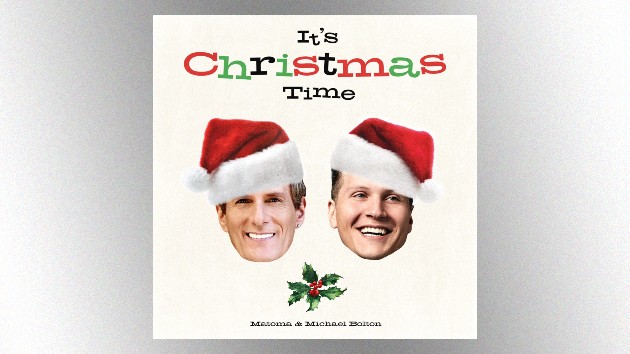 At the end of the new video for his new holiday song “It’s Christmas Time,” Michael Bolton looks like he’s standing on top of a massive mountain with Norwegian DJ/producer Matoma, his collaborator on the song, as Matoma plays piano.  It’s an impressive shot — but Michael wasn’t actually there.

Matoma and his piano were actually airlifted to the top of a mountain in Lofoten, Norway, but Michael filmed his part in a studio in the U.S.  They were then put together via the magic of technology.

For most of the video, though, Michael and Matoma both appear to be playing piano inside a cozy-looking cabin, though you never see them together in the same shot.  That footage is intercut with scenes of various family members gathering for the holidays.

Michael and Matoma will perform “It’s Christmas Time” on The Talk on December 17, and on NBC’s Today show on December 24.