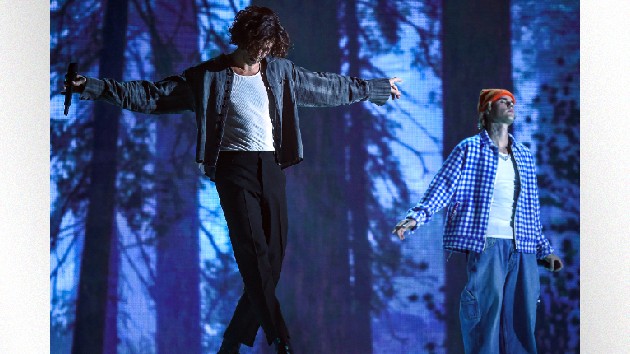 The two Canadian stars teamed up at the American Music Awards last year to perform their collaboration “Monster,” but it seems as though Shawn’s a fan of Justin’s current work as well. On TikTok, he posted a video of himself harmonizing along with Justin’s number-one hit, “Peaches.”

Oddly enough, he censors one of the lyrics, changing “bad-ass b***h” to “bad-ass chick,” but didn’t censor the lyric that goes “that’s that s**t.”

Of course, both Shawn and Justin know what it’s like to “take their chick up to the North,” since both have visited their home country of Canada with their significant others, Camila Cabella and Hailey Bieber, respectively.

“An epic fail of the legal system”: Watch trailer for Netflix’s ‘Britney vs. Spears’