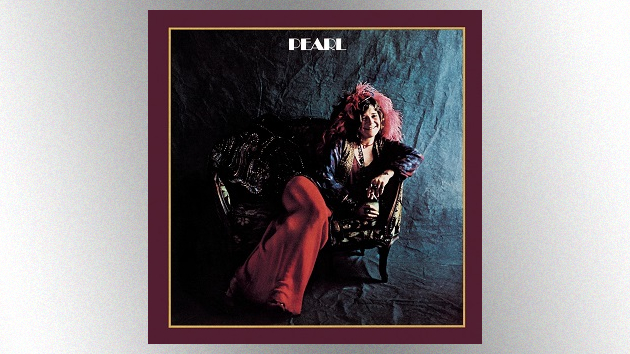 Today marks the 50th anniversary of the release of Janis Joplin‘s posthumous final studio album, Pearl.  To commemorate the milestone, a series of special releases are planned for 2021, included a limited-edition colored-vinyl reissue that’s due out in April.

The Pearl reissue, which will be pressed on pearl-white vinyl, can be pre-ordered now from the Vinyl Me, Please record club. In addition, a high-fidelity 180-gram two-LP box set reissue of Pearl, mastered from the original tapes and cut at 45 r.p.m., will be released in July as part of Mobile Fidelity Sound Lab’s “UltraDisc One-Step” series. You can pre-order that now, too.

Pearl was released about three months after Joplin’s October 1970 death from a heroin overdose and spent nine consecutive weeks at #1 on the Billboard 200 in early ’71. The album features Janis’ chart-topping cover of Kris Kristofferson‘s “Me and Bobby McGee,” as well as such other classic tunes as “Mercedes Benz,” “Move Over” and “Cry Baby.”

Also to mark Pearl’s 50th anniversary, JanisJoplin.com will be releasing an exclusive capsule collection that offers a fine-art collaboration with the estate of photographer Barry Feinstein, who took the famous pic of Joplin that appear on the album’s cover. In addition, a special Rock & Roll Hall of Fame exhibit focusing Janis and Pearl is slated to open on May 21 at the Cleveland museum.

Among the other special releases in the works is a new limited-edition book, titled Janis Joplin: Days & Summers — Scrapbook 1966-68, that’s being prepared by Genesis Publications in partnership with Joplin’s estate. The book, which you can pre-order now, features images of posters, souvenirs, press clippings, photographs and other items Janis collected, and that have been annotated with her comments.