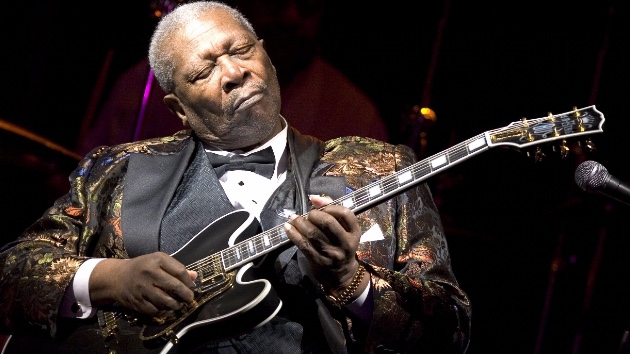 Actor Wendell Pierce is setting the record straight after he previously suggested he would portray the late, legendary blues musician B.B. King in an upcoming biopic called The Thrill Is On, whose title is a play on King’s signature song “The Thrill Is Gone.”

“The Estate of B.B. King has requested I clarify the film The Thrill Is On is not a biopic in the traditional sense,” Pierce tweeted. “It is a dramatized version of a real-life friendship story in the spirit of the filmRound Midnight. The friendship of 2 musicians, one being the King of the Blues.”

Pierce said he still plans to keep his promise to B.B. King and honor his astonishing life and career in The Thrill Is On, which focuses on the decades-long friendship between King and young musician Michael Zanetis.

“As I stated before, and nothing has changed,” Pierce continued in another tweet. “I promised B.B. King before he died, I will honor him and his creative genius. An American Icon.”

As for King’s official biopic, Variety reports that it will begin pre-production in 2021, according to the estate’s Chairman, Vassal Benford.  She believes Pierce “unintentionally misspoke” about The Thrill Is On, which is a separate film and not associated with his estate.

Benford confirmed King’s estate is in talks with a “major director” for the official biopic, which is being produced by the estate. While Pierce is being considered to play King, the estate is also looking at other actors, including comedian and Saturday Night Live star Kenan Thompson.