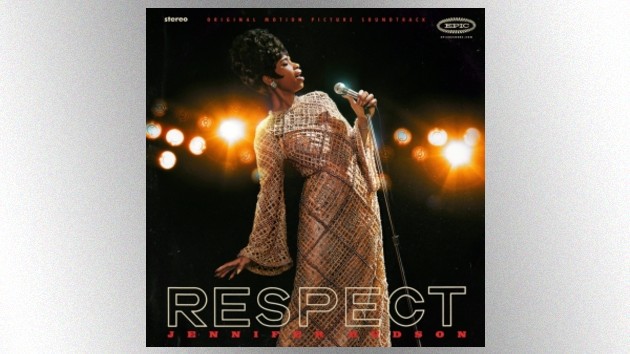 One of Aretha Franklin‘s best-known songs is “(You Make Me Feel Like) A Natural Woman,” co-written by Carole King.  So it’s only fitting that Carole would co-write a song for the soundtrack of Respect, the upcoming biopic about the late Queen of Soul.

The song is called “Here I Am (Singing My Way Home),” which Carole co-wrote with Jennifer Hudson — who is portraying Aretha Franklin in the film — and Jamie Hartman.  Will.i.am of the Black Eyed Peas produced the track, which will be released this Friday, June 18, and will be available on all digital platforms.  You can hear a snippet now on Jennifer Hudson’s Instagram.

“Music was always what brought Aretha back home, and this song is our tribute to her incredible journey,” J-Hud captioned the snippet.  In a statement, Jennifer further says, “Music is such a living and breathing character in this film, as it was in Ms. Franklin’s life. The process of creating this song was like constructing the greatest tribute I could possibly offer to her spirit.”

She adds, “Our goal was to show that music was always the anchor for Ms. Franklin, in all that she did, and I hope this song illustrates the strength of her voice — both literally and figuratively.”

The soundtrack for Respect will be out on August 13, the same day the film opens in theaters nationwide. It also features “(You Make Me Feel Like) A Natural Woman.”  In a statement, Carole King says she’s “so pleased” to have “not one but two songs as part of the soundtrack.”