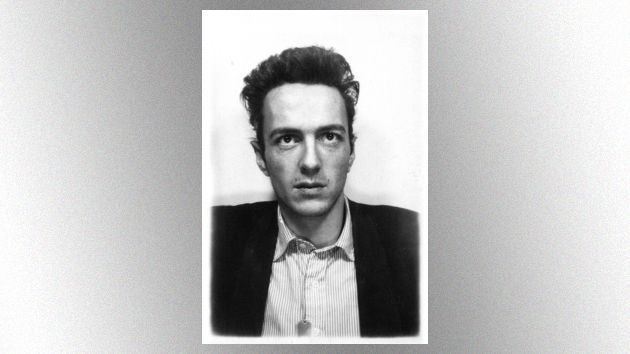 A previously unreleased home recording of Joe Strummer playing an acoustic version of the 1950s R&B tune “Junco Partner,” which will be featured on the recently announced upcoming Strummer compilation Assembly, has been issued as an advance digital single.

In addition, a companion music video for the track has premiered at the late Clash frontman’s official YouTube channel. The mixed-media clip, which was created by Spencer Ramsey, combines drawings, photos and other images with archival performance footage of Strummer.

Strummer first discovered “Junco Partner” during the 1970s on an R&B compilation, and began performing it regularly with his pre-Clash group The 101ers. The Clash went on to record the song for its landmark 1980 triple album Sandinista!, and Joe continued to play the tune regularly in concert with his later band The Mescaleros. The newly released version was discovered in Strummer’s vaults on a hand-labeled cassette tape.

Due out on March 26, Assembly is a 16-track collection that mainly features songs Strummer recorded with The Mescaleros. It also includes “Love Kills,” Joe’s contribution to the soundtrack of the 1986 film Sid and Nancy, as well as three previously unreleased versions of tunes associated with The Clash, among them the aforementioned “Junco Partner.”

Assembly will come packaged with liner notes by singer/songwriter and lifelong Strummer fan Jakob Dylan. The album can be pre-ordered now and will be available on CD, as a two-LP set — on standard black vinyl and limited-edition red vinyl — digitally and via streaming services.

Strummer died in December 2002 of an undiagnosed heart defect. He was 50.