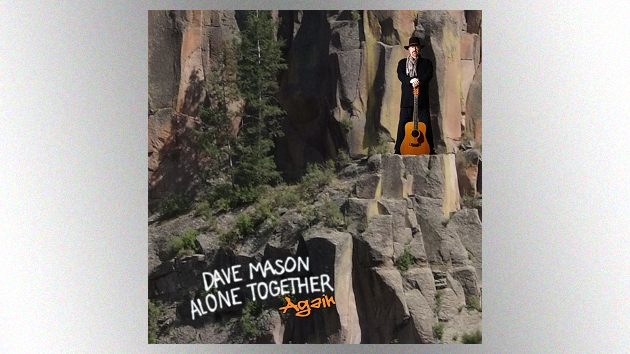 The eight-track collection is available now on CD, while digital and streaming versions will be released on December 4 and a vinyl LP will be issued soon.

The CD will come with a tri-fold pull-out replicating Alone Together’s poster artwork. The digital versions of Alone Together…Again will include an alternate, reggae-flavored rendition of “World in Changes.”

The original Alone Together, released in July 1970, featured the soulful gem “Only You Know and I Know” and was certified gold for sales of 500,000 copies in the U.S. A variety of guest artists contributed to the record, including keyboardist Leon Russell; bassists Chris Ethridge, Larry Knechtel and Carl Radle; drummers John Barbata, Jim Capaldi, Jim Gordon and Jim Keltner; and backing singers Bonnie Bramlett, Rita Coolidge and Claudia Lennear.

Alone Together…Again celebrates the 50th anniversary of the original album. Mason recorded it with members of his touring band, as well as several guest musicians, including Doobie Brothers multi-instrumentalist John McFee.

To mark the new album’s release, Mason will host a special Facebook Live event today at 7 p.m. ET. Dave will take part in a fan Q&A session during the event, and will welcome Bramlett as his special guest.

“Only You Know and I Know”
“Can’t Stop Worrying, Can’t Stop Loving”
“Waitin’ on You”
“Shouldn’t Have Took More Than You Gave”
“World in Changes”
“Sad and Deep as You”
“Just a Song”
“Look at You Look at Me”