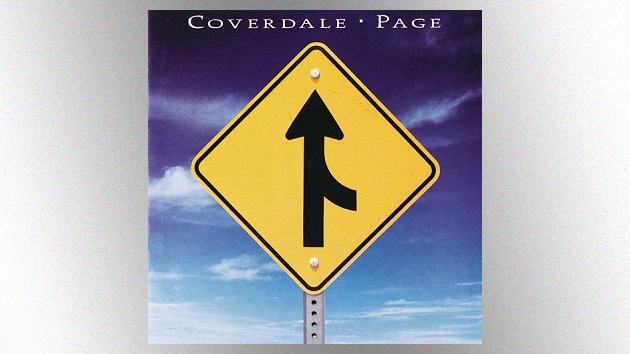 Three decades ago, David Coverdale teamed up with Jimmy Page to record the popular collaborative album Coverdale-Page, and now the Whitesnake frontman reports that he and the Led Zeppelin guitarist have been talking about preparing an expanded reissue of the 1993 release to coincide with its 30th anniversary.

“We just got [artistic] control again…of the Coverdale-Page project,” he tells ABC Audio. “So we’ve been discussing how to make that a really fabulous, action-packed, fan-pleasing box set for the 30th anniversary.”

Coverdale reveals that not only are there four potential unreleased and unmixed bonus tracks dating back to the original sessions that could be included in the reissue, but he also has “a couple of ideas” for new songs he’d like to work on with Page for the project.

David admits that a potential challenge is that, with the ongoing COVID-19 pandemic, they’d have to work on the new tracks remotely.

Reflecting on what it was like collaborating with Page, Coverdale says, “We worked extraordinarily well off each other. It’s like having a musical conversation with somebody you like and admire…And then, suddenly…you present your dorky idea, and he’ll come back with something that makes it eternal…and evergreen.”

Last year, Coverdale told U.K. rock news website eonmusic that a Coverdale-Page reissue also could feature video footage that was shot of the album’s writing and recording sessions, as well as the brief tour of Japan that he and Jimmy did, which took place in December 1993.

Coverdale-Page was released in March 1993 and peaked at #5 on the Billboard 200, eventually selling one million copies in the U.S. In addition, the album’s lead single, “Pride and Joy,” topped Billboard’s Album Rock Tracks chart for six weeks.

New Led Zeppelin documentary, made with band’s participation, is ready to go