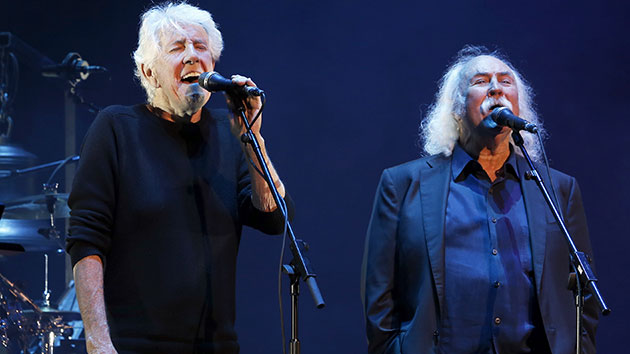 Graham Nash and Neil Young‘s ongoing feud with David Crosby has still not been resolved.

That became clear in separate interviews with Crosby and Nash for a segment partly focusing on the 50th anniversary reissue of Crosby, Stills, Nash & Young‘s classic 1970 debut album, Déjà Vu, that aired over the weekend on CBS Sunday Morning.

“Stephen [Stills] and Neil and I are great,” Nash told the interviewer. “We talk often. We don’t talk to David.”

Crosby then noted, “I don’t expect to be friends with Graham at any point. Neil hates my guts.”

Asked why Young feels that way, Crosby said, “I said bad stuff about his girlfriend.”

The “bad stuff” David referred to happened during a 2014 interview, when he apparently called Neil’s then-new girlfriend, actress Daryl Hannah, “a purely poisonous predator.” Young is now married to Hannah.

Crosby has told the press in multiple interviews that he has apologized to Young but has not heard from him since he made those comments.

As for whether he regrets what he said, David told CBS Sunday Morning, “Yeah, sure.”

Nash then discussed the rift with Crosby, who at one time was his closest friend.

“You know, when that silver thread that connects a band gets broken, it’s very difficult to glue the ends together. It doesn’t quite work,” he explained. “And so, things that happened in me and David’s life broke that silver thread, and for the life of me, I can’t put it back together.”

He added, “I do wish I could [put it back together], only because of the loss of the music.”