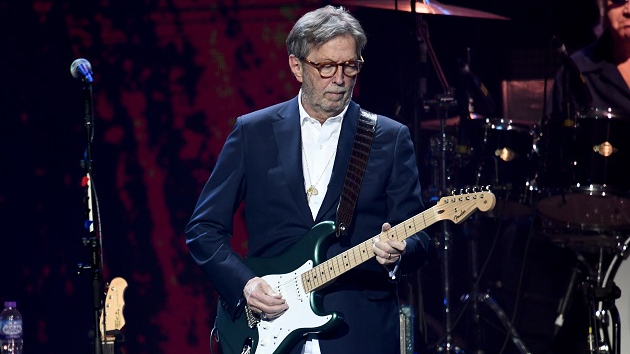 Eric Clapton admits he is a little lonely these days, and says he knows the reason why.

After reportedly suffering a severe reaction to the AstraZeneca shot, which he detailed in a letter expressing his opposition to COVID-19 vaccines, the 76-year-old rock legend says his famous pals are now giving him the cold shoulder.

“I’ve tried to reach out to fellow musicians,” Clapton said recently in a YouTube interview with Oracle Films. “I just don’t hear from them anymore. My phone doesn’t ring very often. I don’t get that many texts and emails any more. It’s quite noticeable.”

Clapton says the fallout started after he wrote a letter to anti-vaccine advocate Robin Monotti Graziadei about his negative vaccine experience, which Monotti later shared on his Telegram page.

“Needless to say the reactions were disastrous, my hands and feet were either frozen, numb or burning, and pretty much useless for two weeks, I feared I would never play again…[I] should never have gone near the needle,” Clapton wrote at the time.

Another line that sparked backlash was when he described the claim stating that COVID-19 vaccines are safe for everyone as “propaganda.”

“I was ostracized. And I could feel that everywhere,” Clapton declared.  He also said that he thinks those who had a visceral reaction to his opposition are “brainwashed.”

Eric also has been receiving some criticism in the media after voicing support for the views of fellow music legend Van Morrison, who had called for the U.K. government to ease restrictions on allowing live performances during the pandemic.

Clapton has collaborated on two topical songs with Morrison that have been released in recent months, “Stand and Deliver” and “The Rebels.”