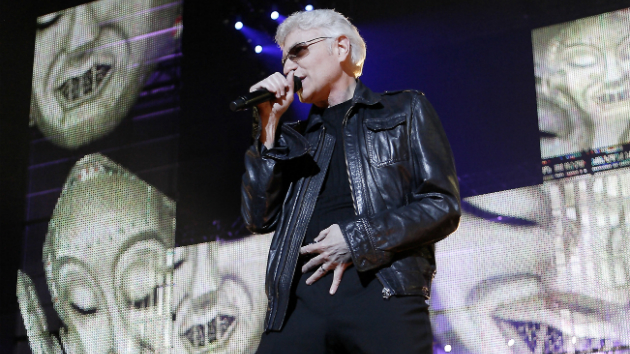 Former Styx singer/keyboardist Dennis DeYoung has taken to Facebook to unveil the cover art and track list for what he says will be his final studio album, 26 East, Volume 2, the sequel to 2020’s 26 East, Volume 1.

The forthcoming album’s vintage-looking cover, which boasts a blue-toned photo of DeYoung, bears a more-than-coincidental resemblance to the 1964 Beatles album Meet The Beatles.

Dennis, who has long cited The Beatles as a major inspiration for his music career, writes of the image, “This is the album artwork for 26 East VOLUME II. Where it all began so shall it end.”

He then notes, “Recently I read an article about Pink Floyd recording at Abbey Road the same time as the Beatles. They met the lads and told them that there would be no Floyd without them. Yet Floyd’s music is nothing like the Beatles and neither was Styx’s.”

The 26 East, Volume 2 cover also lists the names of the album’s 12 songs, the first of which is “Hello Goodbye.”

DeYoung explains that “Hello Goodbye” is “not a remake [of the 1967 Beatles song,] it’s all brand new…sorta. It’s a tribute to the lads who sent me down this long and winding road that led me to youse guys.”

In addition, Dennis reveals that the lead single, “Isle of Misanthrope,” will be released on April 7, and notes that it “closes the album in grand [’70s] Styx tradition.” He also reports that a video is on the way that he describes as “something different and mystical.”

“Hello Goodbye”
“Land of the Living”
“The Last Guitar Hero”
“Your Saving Grace”
“Proof of Heaven”
“Made for Each Other”
“There’s No Turning Back Time”
“St. Quarantine”
“So Little Did We Know”
“Always Time”
“Isle of Misanthrope”
“GIF”