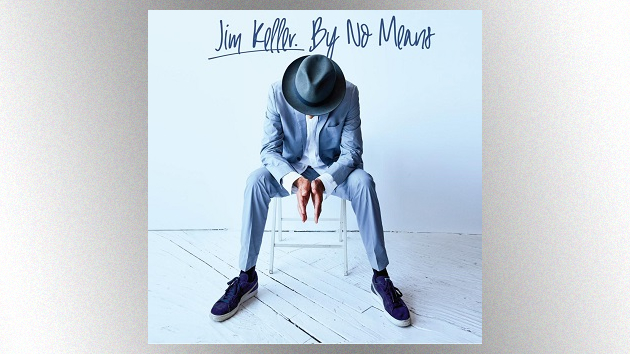 By No Means was produced by the lauded Mitchell Froom, whom Keller says agreed to work with him after he sent Froom some demos of his new songs, including raw recordings Jim made on his iPhone.

“Mitchell thought they were brilliant,” Keller tells ABC Audio. “He just said the simplicity…and the intimacy of those [demos] are what grabbed him.”

Los Lobos‘ David Hidalgo plays guitar on 10 of the album’s songs, and also contributes backing vocals to one tune, “Find My Shadow.”

Keller notes that he’s known Hidalgo since the 1980s and that David played on two of his previous albums, and praises him as “a brilliant, brilliant musician [who is] incredibly intuitive.”

Another notable musician featured on the album is veteran session bassist Bob Glaub, who also appears on 10 tracks.

Glaub, whom Keller rates as one of his best friends, has played and/or recorded with John Lennon, Jackson Browne, Warren Zevon, Bruce Springsteen and Bob Dylan, to name just a few.

In the months leading up to By No Means’ release, Keller started posting a series of videos on his YouTube channel featuring alternate versions of his new song “Don’t Get Me Started,” with a different musician playing a solo during the outro.

Keller tells ABC Audio that the series was his way to tip his hat the many excellent, perhaps unsung musicians he knows by offering them a chance to showcase their talents.