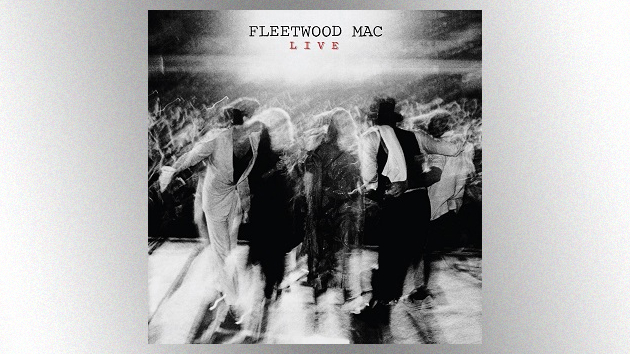 An expanded edition of Fleetwood Mac‘s 1980 live album, the aptly titled Fleetwood Mac Live, will be released as a multiple-disc box set on April 9.

The Fleetwood Mac Live reissue, which can be pre-ordered now, will be available as a Super Deluxe Edition and a Super Deluxe Tour Edition — both of which feature three CDs, two vinyl LPs and a bonus seven-inch vinyl single — and digitally.

Two of the CDs and the LPs feature a remastered version of the original Live album, while the third CD boasts 14 previously unreleased concert performances recorded at various shows between 1977 and 1982. The bonus single features unreleased demos of “Fireflies” and “One More Night,” songs that first appeared on the Live album.

Most the original album was recorded in 1979 and ’80 during Fleetwood Mac’s tour in support of Tusk, while one song dates back to the band’s 1975 trek. The live versions “Fireflies” and “One More Night,” and a cover of The Beach Boys‘ “The Farmer’s Daughter,” were recorded at a special show the group played for family, friends and crew in Santa Monica, California.

Both deluxe physical versions of the reissue come packaged in a slipcase featuring a booklet with rare photos, a full list of Tusk Tour dates, and a history of the Live album written by rock journalist David Wild. The Tour Edition also features a variety of memorabilia, including a replica pass, a replica ticket, a button, a sticker and an iron-on.

In advance of the reissue, an unreleased performance of “The Chain” recorded at a 1980 concert in Cleveland that appears on the bonus CD has been made available as a digital download and via streaming services.

Here’s the full track list of the CDs featured in the Live reissue:

Disc One: Original Album Remastered
“Monday Morning”
“Say You Love Me”
“Dreams”
“Oh Well”
“Over & Over”
“Sara”
“Not That Funny”
“Never Going Back Again”
“Landslide”

Disc Two: Original Album Remastered
“Fireflies”
“Over My Head”
“Rhiannon”
“Don’t Let Me Down Again”
“One More Night”
“Go Your Own Way”
“Don’t Stop”
“I’m So Afraid”
“The Farmer’s Daughter”