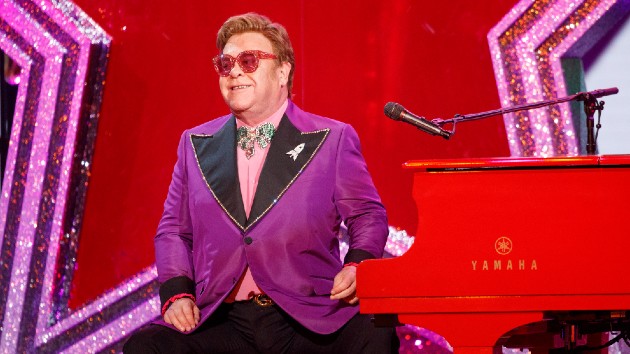 2020 was a big year for Elton John: Even if he wasn’t able to tour, he won an Oscar, did a lot of online charity events, released his autobiography in paperback, put out his archival Jewel Box collection, and collaborated with artists ranging from Lady Gaga to British alt-rockers Gorillaz.  And 2021 will bring us even more Elton stuff.

Orla Lee-Fisher, the EVP head of strategic marketing at Elton’s record label, tells Music Week that 2021 will be a big one for anniversaries of some of the legendary star’s most beloved songs — and she hints that there may be new releases to go along with them.

“It’s the 50th anniversary of Madman Across the Water,” she says of Elton’s 1971 album, that gave us classics like “Tiny Dancer” and “Levon.”

“We’re about to enter 50th anniversaries of a lot of Elton’s big tracks…we just had ‘Your Song’ and [in 2021] we’ve got ‘Tiny Dancer.’ There are always some big events that would be big for any artist,” says Lee-Fisher.  “But for Elton, he’s got multiple moments that we work to celebrate.”

And all those anniversaries, of course, add up to major streaming numbers for Elton’s catalog. According to Music Week, Elton’s one of the veteran artists whose old hits are massively popular on digital.  In fact, his 2017 hits collection, Diamonds, was one of the biggest-selling albums last year in the U.K.

As Lee-Fisher puts it, “The great joy of Elton is that anything he does works across all areas of his catalog and repertoire.”