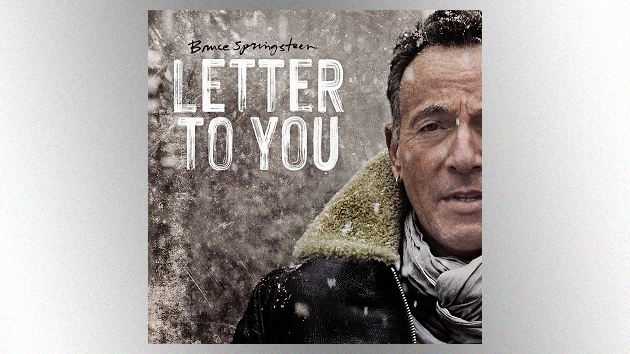 Bruce Springsteen‘s Letter to You has arrived! The Boss’ latest studio album, which he recorded over the course of five days with the heart-stopping, house-rocking E Street Band at his home studio in New Jersey, hit stores today.

As previously reported, Letter to You features 12 tracks, nine of which are recently written, while the other three are unreleased Bruce compositions that date back to the 1970s — “Janey Needs a Shooter,” “If I Was the Priest” and “Song for Orphans.”

According to a press statement, the themes of the songs on Letter to You are “centered around the unbreakable bonds formed by a life in music.”

A companion documentary called Bruce Springsteen’s Letter to You, directed by frequent Springsteen collaborator Thom Zimny, has premiered at Apple TV+ in conjunction with the album’s release. The film features footage of Bruce and the band recording Letter to You, and includes full performances of 10 of the album’s tracks.

Letter to You is available on CD, standard black vinyl, limited-edition black-and-white-splatter vinyl and digitally.

You can check out videos for two of the album’s songs — the title track and “Ghosts” — at Springsteen’s official YouTube channel.

Get Vaxxed: Paul McCartney encourages fans to get the COVID-19 vaccine