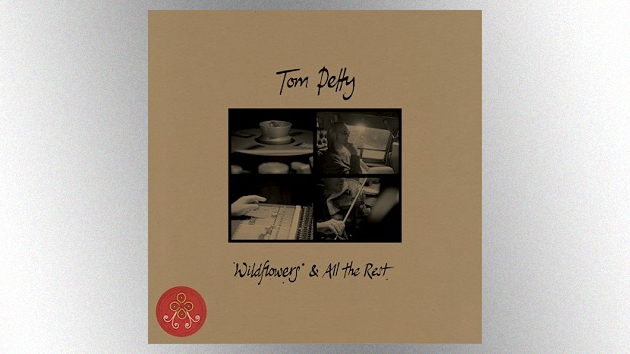 Tom Petty may have passed in 2017, but his music legacy lives on with the posthumous release of his new single “Leave Virginia Alone.”

The single, which is part of the newly released Wildflowers & All the Rest box set that celebrates his 1994 album album Wildflowers, bowed at number 23 on the Billboard Adult Alternative charts this week.

Ironically, while Petty wrote “Leave Virginia Alone” by himself, the single didn’t make it onto the Wildflowers CD.  Instead, the song was handed to Rod Stewart, who recorded and released it on his 1995 album A Spanner in the Works.

The song saw moderate success under Stewart, rising to number 10 on the Adult Contemporary charts and breaking into the top 40 Pop Songs that summer.

25 years ago, Stewart explained to Billboard how he came upon the song, revealing, “It was for Tom Petty’s album, and he took it off because it was too close lyrically to something that was a hit beforehand, and his manager couldn’t persuade him to put it on the album. So his manager, who’s a friend of my manager, said, ‘Would Rod listen to the song?"”

Stewart admitted he almost passed on the song, adding, “It took me two or three good listens. I had to be persuaded to do it, in other words. But now I’m glad we did.”

Stewart also revealed in the same interview that, while he wouldn’t consider himself a fan of Petty’s, he found the “I Won’t Back Down” rocker a “very good performer.”

Tom Petty was 66 when he died on October 2, 2017.  The Los Angeles County Medical Examiner ruled his death an accidental overdose.

Wildflowers & All the Rest is available now for purchase.