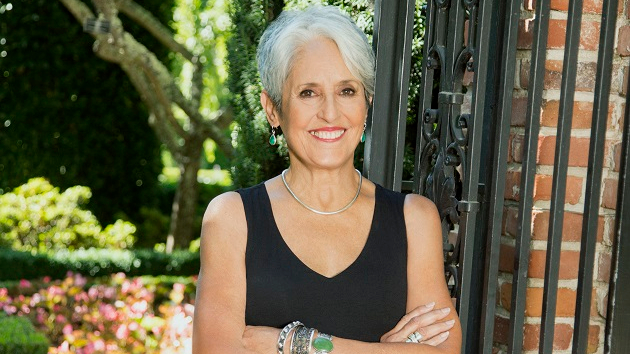 The event starts at 5:30 p.m. PT. Day-of-show tickets are priced at $20, not including fees, and can be purchased at Seated.com.

The exhibit features portraits of celebrities, activists and other notable people from the worlds of politics, literature, sports, music, entertainment and other fields.

After releasing her self-titled debut album in 1960, Baez became one of the leading figures in the U.S. folk revival. She helped introduce audiences to Dylan, and had chart success with many of her own albums, including 1963’s Joan Baez in Concert, Part 2, which reached #7 on the Billboard Hot 100.

Baez was an outspoken supporter of the civil-rights movement and an opponent of the Vietnam War. She took part in and performed at the Dr. Martin Luther King Jr.-led March on Washington in ’63, and was arrested twice in 1967 at anti-war protests.

Baez was among the many artists who played the 1969 Woodstock festival. Joan’s biggest hit on the Billboard Hot 100 was her 1971 cover of The Band‘s “The Night They Drove Old Dixie Down,” which peaked at #3.