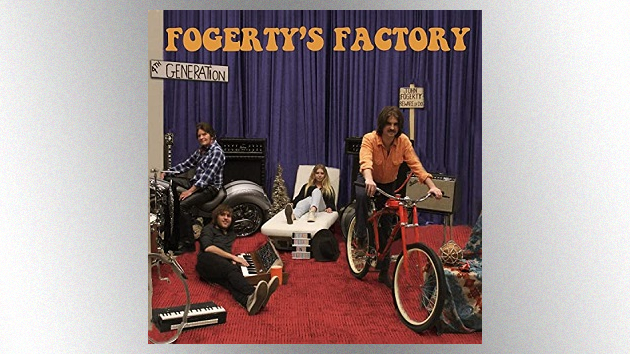 Last month, John Fogerty released Fogerty’s Factory, a 12-track album featuring performances by the ex-Creedence Clearwater Revival frontman and his three youngest children — sons Tyler and Shane, and daughter Kelsy — most of which are new versions of CCR tunes and Fogerty solo songs.

Fogerty’s Factory also features a rendition of Bill Withers‘ chart-topping 1972 hit “Lean on Me.” The Fogerty family’s version debuted in June as one of the series of performance videos John and his kids recorded at his Los Angeles-area residence during the COVID-19 lockdown and posted on his YouTube channel.

The cover not only paid tribute to Withers, who died in March, but also featured a spoken-word intro from John expressing his solidarity with the Black Lives Matter movement and the protests being held across the U.S. at that time following George Floyd‘s death while in police custody.

Speaking with ABC Audio, Fogerty recalled that the “Lean on Me” video was posted “within a week or 10 days…of when the Black Lives Matter movement really got going.” He also said he was proud that Kelsy took part in the demonstrations.

John noted that learning “Lean on Me” was a bit challenging, “because it was not something we played a lot,” adding, “[T]here were so many interesting little parts to it.”

In addition, Fogerty praised Kelsy for the “unique and challenging” percussion part she played on a bucket during the breakdown section of the tune.

Fogerty revealed that he met Withers during the 2000s, and found him to be “a delightful man [with a] great sense of humor.”

Fogerty’s Factory is available now on CD and digitally, and will be released on vinyl on January 15.