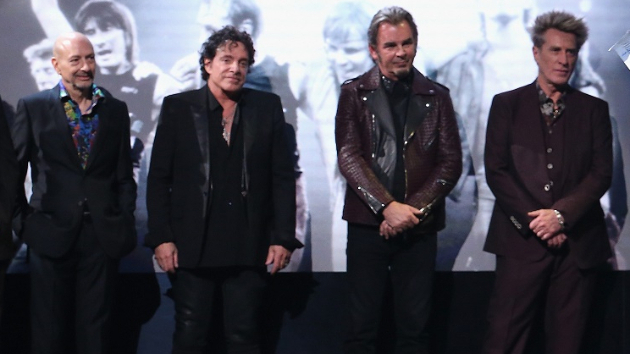 Journey has settled its legal differences with two former members, bassist Ross Valory and drummer Steve Smith, who were ousted from the group last year after they were accused of plotting what was described as “an ill-conceived corporate coup d’état” in an alleged effort to gain control over the band’s name.

According to Rolling Stone, Journey, which is led by founding guitarist Neal Schon and longtime keyboardist Jonathan Cain, have reached an “amicable settlement agreement” with Valory and Smith after both parties sued each other in 2020.

“The members of the band Journey who were parties to a recent lawsuit [Schon, Cain, Smith and Valory] are pleased to announce that they have resolved their differences,” the group said in a statement to Rolling Stone. “Neal Schon and Jonathan Cain acknowledge the valuable contributions that both Ross Valory and Steve Smith have made to the music and the legacy of Journey. Ross Valory and Steve Smith wish their former bandmates well and much success in the future. Journey looks forward to continuing to tour and make new music for their dedicated fans around the world.”

The statement also reiterates that Valory and Smith are no longer members of Journey. As the band announced last May, original American Idol judge Randy Jackson, who played bass for Journey during the mid-1980s, has returned to the lineup in place of Valory, while veteran drummer, songwriter and producer Narada Michael Walden has replaced Smith. Arnel Pineda continues to serve as the group’s frontman.

Interestingly, Jackson also stepped in for Valory when he first joined Journey in 1985.

Shout It Out Loud! KISS is releasing a deluxe 45th anniversary ‘Destroyer’ reissue in November