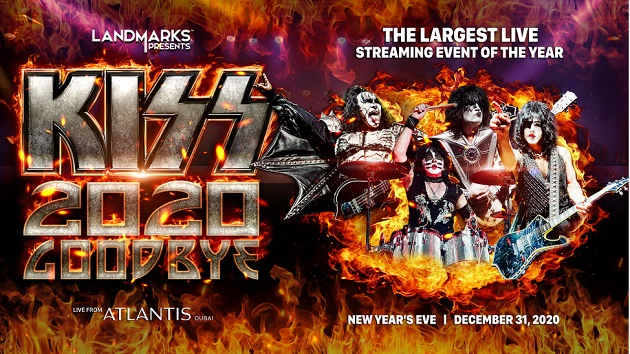 KISS frontman Paul Stanley currently is preparing to release the debut album by his Soul Station side project in March, but a little over a month ago, he and his famous band were ringing in 2021 by playing a massive livestreamed concert at a Dubai hotel.

Stanley tells ABC Audio that playing the show, dubbed Kiss 2020 Goodbye, “was a very odd experience,” partly because his band hadn’t performed live since the previous March due to the COVID-19 pandemic, and partly because of how the event was staged to make things safe for everyone.

“It was awesome,” Stanley notes. “It was just kind of bizarre to be on this just magnificent mammoth stage and having a swimming pool in front of you, and then…a thousand people or so. And then, they had pretty much sold all the rooms in the hotel for viewing the concert, so, in essence, we were playing to the hotel. But it was great.”

Reflecting on KISS’ preparation for the globally livestreamed event, the Rock & Roll Hall of Famer explains, “We spent weeks rehearsing. We took it seriously and, honestly, you don’t want to go from zero to 60, and that’s basically what we did. We went from not playing, not being on tour, to letting it all hang out, so to speak, with no redos. But it was fun, and very novel. And who better than us to do it?”

Among the interesting aspects of the show was that its massive pyrotechnic display set Guinness World Records for the highest flame projection at a music concert -– about 180 feet — and the most flame projections launched simultaneously at a concert.

As previously reported, Stanley and Soul Station’s debut album, Now and Then, will be released on March 19, and can be pre-ordered now.