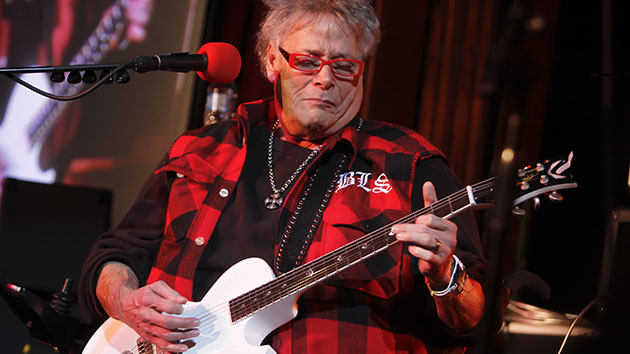 Larry told the magazine that Leslie suffered cardiac arrest Monday at his home near Daytona, Florida, and was was taken to a local hospital, but he never regained consciousness.

Mountain famously played the 1969 Woodstock festival, although they didn’t appear in the 1970 concert movie about the event. Later that year, Smart was replaced by Corky Laing.

West was considered an influence on many hard-rock guitarists, including Pete Townshend, Randy Rhoads, Eddie Van Halen, Richie Sambora and Joe Satriani. Leslie played guitar on some sessions for The Who‘s classic 1971 album Who’s next, although his contributions didn’t appear on the record.

After Mountain broke up in 1972, West teamed up with Laing and ex-Cream singer/bassist Jack Bruce to form the short-lived trio West, Bruce & Laing.

Mountain re-formed numerous times over the years with various lineups, although Pappalardi died in 1983.

Leslie also released many solo albums during his career. In later years, West struggled with poor health, and in 2011 he lost his lower right leg to diabetes.

West’s most recent album, Soundcheck, was released in 2015. It included guest appearances by Bruce, Peter Frampton and Queen‘s Brian May.