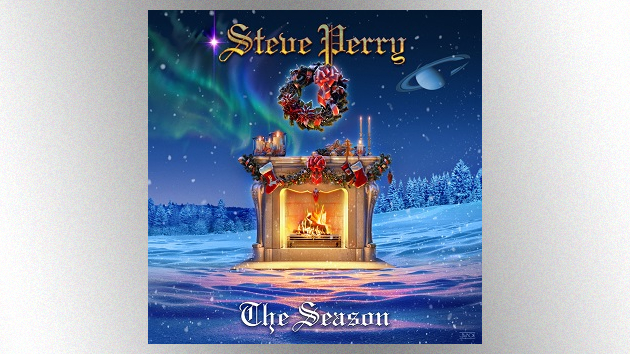 Former Journey frontman Steve Perry has released his take on the yuletide classic “Winter Wonderland” in advance of his recently announced first-ever holiday album, The Season, which is due out on November 5.

Perry’s soulful and sexy rendition of “Winter Wonderland” boasts a very different arrangement than the one we’re all familiar with.

“‘Winter Wonderland’ is one of my favorite tracks on The Season,” Steve says in a statement. “I have always felt a close love for Motown’s music and how it shaped my early school years. This track is a homage to that.”

Perry’s version of the song is available now in digital formats, and a visualizer video that brings The Season’s Christmas-themed cover art to life has debuted on Steve’s official YouTube channel.

“Winter Wonderland” is the second advance track that Perry has released from the album, following his rendition of “I’ll Be Home for Christmas.” The Season is the follow up to 2018’s Traces, which marked the Rock & Roll Hall of Famer’s return to music after 24 years.

You can pre-order The Season now in multiple formats, including CD, digital, streaming and vinyl. Various limited-edition colored-vinyl versions of the record can be purchased at Perry’s official online store, Target and Barnes & Noble.

Journey’s Jonathan Cain says he’s planning to cook an extensive Thanksgiving dinner, but will there be turkey?