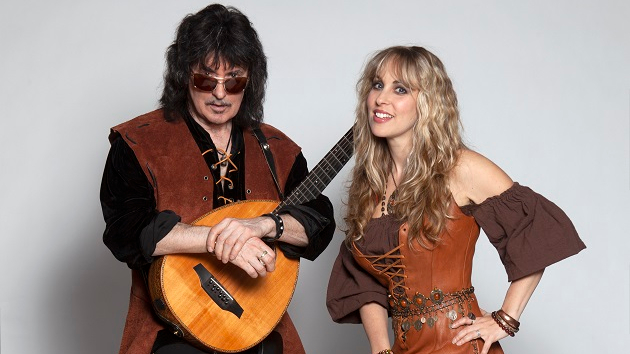 The tune, titled “Four Winds,” is available now digitally and via streaming services, and a companion music video for the song is scheduled to premiere this Friday, January 29, at the band’s official YouTube channel.

Night says “Four Winds” tells the story of two girls who were inspired by her two oldest friends, “[o]ne who left Long Island [New York] and moved to California and one who left to move to Virginia.”

The singer explains, “Going to across the country to California and living on the water was where the first girl felt the call to her soul, being able to watch the dolphins in the water and living the life by the ocean, while the other one took a very different path and felt the call to the woods inspired by wolves and other woodland creatures.”

She adds, “They both have equal importance in this storyline and are ultimately a part of me and perhaps of everyone, being pulled away from the stress of their current surroundings and looking for escape.”

Nature’s Light is the first new Blackmore’s Night studio album in six years, and the band’s 11th overall. The 10-track collection includes two instrumentals, as well as a new version of Swedish band Rednex‘s 2005 tune “Wish You Were Here,” which Blackmore’s Night originally covered on its 1997 debut album, Shadow of the Moon.

The first advance single that was released from the album was the lead track, “Once Upon December.”

You can pre-order Nature’s Light now on multiple formats.