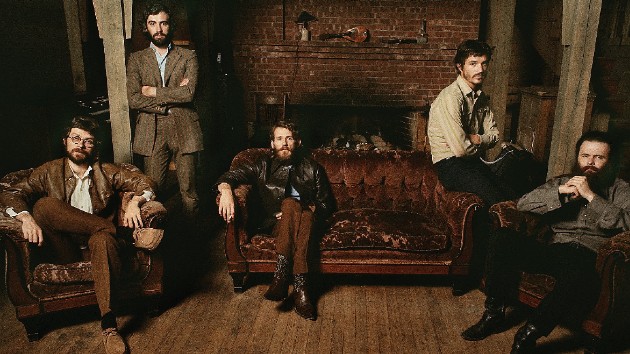 A live track from the upcoming expanded and remastered version of The Band‘s third album, Stage Fright, is now available.

As previously reported, the expansive package includes an unreleased concert The Band played at London’s famed Royal Albert Hall in June 1971.  Now, the group’s performance of “The Weight” at that show has been released as a standalone track.

The Band initially didn’t know what to expect from their 1971 European tour, since they last time they’d toured Europe — in 1966 with Bob Dylan — they were booed every night.  But the tour was a huge success; as guitarist Robbie Robertson notes, “Each member…was on a musical high. Everybody playing and singing at the top of their game. Each night, from Amsterdam to Paris to Copenhagen, the spirit kept rising.”

In fact, The Band was so happy with their performances that they asked their record company to record their Royal Albert Hall show on a four-track machine. The show, which Robertson calls “one of the greatest live concerts The Band every played,” has now been restored for release as part of the Stage Fright package.

The 50th anniversary version of Stage Fright, which is available in a variety of formats, arrives February 12, and is available for pre-order now.