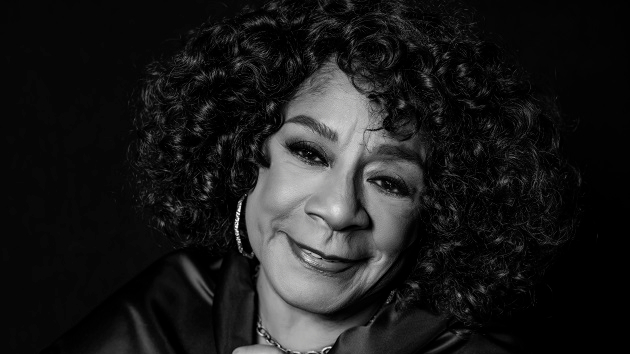 Merry Clayton, the legendary session singer who duetted with Mick Jagger on the classic Rolling Stones song “Gimme Shelter,” has released an advance track from her forthcoming solo album, Beautiful Scars, a rendition of the Sam Cooke-penned gospel tune “Touch the Hem of His Garment.”

The uplifting song was written and originally sung by Cooke while he was a member of the famed gospel outfit The Soul Stirrers during the 1950s. Clayton’s version, which features contributions from famed Brazilian percussionist Paulinho da Costa and Grammy-nominated jazz sax player Gerald Albright, is available now via streaming services.

Due out on April 9, Beautiful Scars is a comeback project for Clayton, who lost both of her lower legs in a 2014 car accident.

The accident occurred shortly after 20 Feet from Stardom, the 2013 documentary profiling various acclaimed session and backup singers, including Clayton, won an Oscar.

The album, which finds Clayton returning to her gospel roots, features a new song called “Love Is a Mighty River” that was co-written by Coldplay‘s Chris Martin, the Diane Warren-penned title track and a cover of the Leon Russell classic “A Song for You,” which she previously recorded for her self-titled 1971 solo album.

Other highlights of Clayton’s career include singing with Ray Charles‘ backing vocal group The Raelettes, and contributing to such hits as Lynyrd Skynyrd‘s “Sweet Home Alabama” and Ringo Starr‘s “Oh My My,” as well as to Carole King‘s classic album Tapestry.

You can pre-order Beautiful Scars now.

ABBA reunion album, ‘Voyage,’ may be very well be their last, says Agnetha

After vowing never to do so, Eric Clapton plays concert that required proof of vaccination