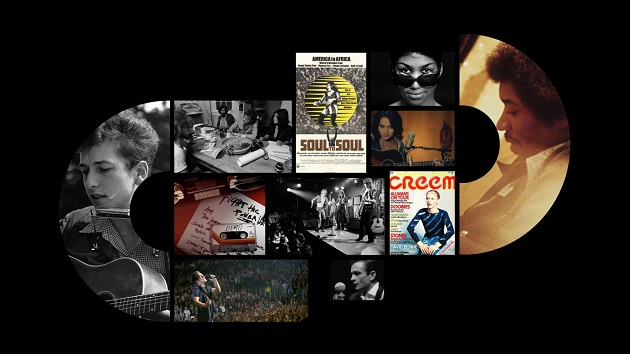 Courtesy of The Coda Collection

The channel will offer a curated library of acclaimed concert films and documentaries, as well as world premieres of music-related movies. The service, which debuts February 18, will be available to Amazon Prime members for $4.99 a month.  A seven-day free trial also will be offered.

Over 150 exclusive titles initially will be available via the Coda Collection channel, and new content will be added regularly. Among the films that will be offered are Music, Money, Madness…Jimi Hendrix in Maui, The Rolling Stones On the Air, and newly filmed performances by Jane’s Addiction, Stone Temple Pilots and more.

Films and shows that will receive their streaming premieres include Bob Dylan’s Trouble No More, an upcoming authorized Dave Grohl documentary, and performances by Dead & Company.

In conjunction with the channel, The Coda Collection will launch a free website that will feature content related to the films and other programming offered on the streaming destination. The site, led by respected music journalist Greg Kot, will feature articles, video interviews, curated playlists and more.

Among the noted music-industry figures at The Coda Collection’s helm are Experience Hendrix president/CEO Janie Hendrix, and Yoko Ono and the Estate of John Lennon.

Janie, the late Jimi Hendrix‘s sister, says in a statement, “There will always be the desire to know more about Jimi, and what drove his creativity…Coda reveals all the various dimensions, and I’m proud to be a part of making it happen.”

Adds Yoko, “John was always on the cutting edge of music and culture. The Coda Collection will be a new way for fans to connect on a deeper level.”