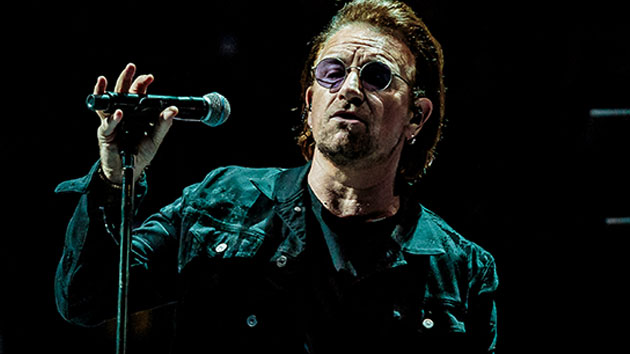 A brand-new song recorded by U2‘s Bono called “Eden (To Find Love)” is featured in the new documentary Citizen Penn, which gets its television premiere this Thursday, May 6, on the Discovery+ streaming channel.

Citizen Penn profiles the philanthropic work that Oscar-winning actor Sean Penn has done over the last decade or so, starting with a mission to bring food, medical care and other help to the people of Haiti after a powerful earthquake devastated the Caribbean nation in 2010.

The film focuses on Penn’s work with the non-profit he co-founded, CORE, which originally was called J/P Haitian Relief Organization, and its various charitable initiatives.  Those include its recent campaigns organizing COVID-19 testing sites across the U.S. and running the country’s largest vaccine site at Los Angeles’ Dodger Stadium.

In a trailer for the documentary, Penn says of his charitable work, “I don’t fancy myself a good-doer or a bad-doer. I’m just a guy who says, “OK, I think I can do this. I think I can do some good here. And that’s it.”

ZZ Top launching major 2021 US tour next month, followed by Canadian leg in ’22