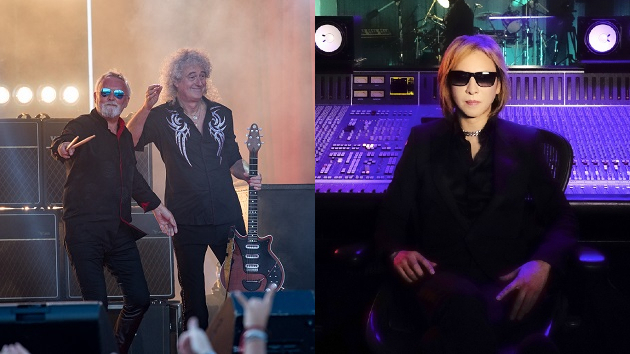 Queen‘s Brian May and Roger Taylor will take part in a special performance that will serve as the finale of Japan’s popular annual New Year’s Eve TV program, Kohaku Uta Gassen, which will air on the country’s NHK network this Thursday.

May and Taylor have been invited by Yoshiki, the classically trained pianist, drummer and leader of the Japanese heavy-metal band X Japan, to perform his group’s 1989 hit “Endless Rain” with him on the show. British soprano Sarah Brightman also will take part in the remote performance, as will a variety of Japanese music stars.

Yoshiki will be performing remotely from Los Angeles, where he’as been staying since the COVID-19 pandemic hit the U.S.

Taylor and Yoshiki previously collaborated on a song called “Foreign Sand” that appeared on Roger’s 1994 solo album, Happiness?, and Yoshiki also performed Queen’s signature hit “Bohemian Rhapsody” to open the 2015 Classic Rock Awards in London, with May in attendance.

“This is such a beautiful project. I’m proud and honored to be a part of it,” says May of the New Year’s Eve performance. “Respect to Yoshiki!!! And wishing you all a great New Year.”

Adds Taylor, “Have a beautiful New Year to all our fans in Japan.”

Yoshiki says, “I feel honored and grateful to be performing with Queen and Sarah Brightman and all those Japanese superstars. I hope that through the music, we can give everyone courage.”