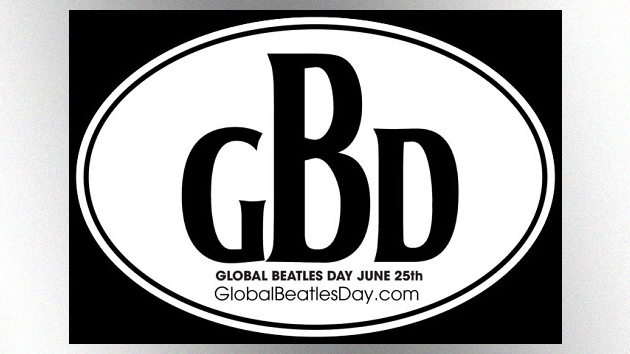 The 13th annual Global Beatles Day will be observed on Saturday, June 25.

The event, which was founded in 2009 by an Indianapolis-based Beatles fan named Faith Cohen, was established to honor the music and ideals of the Fab Four’s members and their many contributions to the world’s culture, including their promotion of peace and love.

June 25 was chosen as the date of the annual event because that was the day in 1967 that The Beatles’ performance of “All You Need Is Love” was part of Our World, a famous satellite broadcast that aired around the world.

This year, in addition to generally celebrating the band on June 25, Cohen is asking people to send a link to a video of the 1967 “All You Need Is Love” performance, which can be found at DailyMotion.com, to “10 people who matter” as a way to spread the message of peace and love around the world.

“This could be to family, friends and coworkers or elected officials,” Cohen says. “It could be kings, queens, princes, presidents, ambassadors, military leaders and law enforcement organizations.”

She adds, “We want them to send links to 10 people or organizations that matter in running our world and keeping it going. Then we want them to ask those 10 entities to send it on to 10 more and ask them to do the same. On and on … Send the link to those in power, from the local to global level, who keep the world running.”

You also can check out Cohen’s general suggestions for 10 ways you can celebrate Global Beatles Day at the event’s official site.

The King reigns at the box office: ‘Elvis’ edged out ‘Top Gun: Maverick’