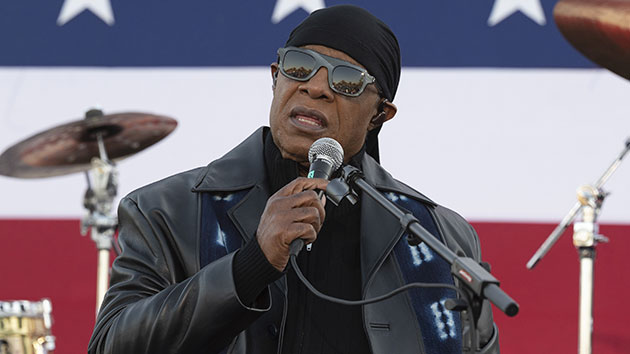 Stevie Wonder took part in a Detroit campaign rally Saturday supporting Joe Biden and Kamala Harris‘ bid for U.S. president and vice president. During his appearance, the soul legend gave a heartfelt speech and performed a set that included the live premiere of his two new songs — “Can’t Put It in the Hands of Fate” and “Where Is Our Love Song.”

He continued, “The only way we’re going to win this fight, a fight against injustice, is by voting. We must vote justice in and injustice out.”

Stevie added, “I feel this election here is the most important one of my lifetime.”

He then commented on several topical issues, including his hope that if Biden is elected president, Black Americans would be given reparations “for the work that we’ve all done over the last 400 years, unpaid.”

The musical portion of Wonder’s appearance began with his classic “Higher Ground,” followed by his two new songs. He ended his set with two more classics — the 1985 ballad “Overjoyed” and 1972’s “Superstition.” For the latter tune, he substituted the line “Superstition ain’t the way” with “Biden-Harris is the way.”

In other news, Wonder has lent his voice to a new campaign ad airing in Stevie’s home state of Michigan, supporting the Biden-Harris ticket. Wonder references his new song “Can’t Put It in the Hands of Fate” as he tells voters, “Put the future in your hands, not in the hands of fate.”