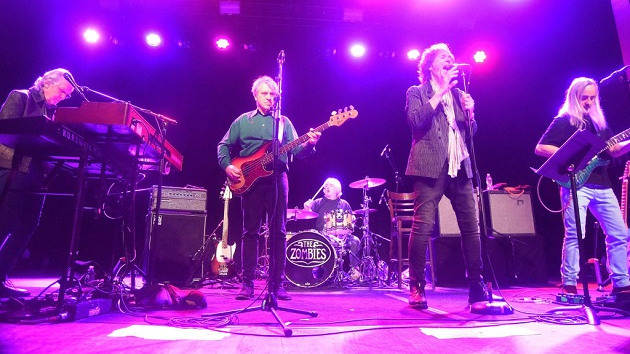 After The Zombies canceled two shows in Ontario, Canada, this week because founding singer Colin Blunstone and keyboardist Rod Argent contracted COVID-19, the band launches the second leg of its 2022 Life Is a Merry-Go-Round Tour tonight in Jim Thorpe, Pennsylvania.

The North American summer trek features 26 shows, and is mapped out through a three-night stand, July 28-30, in Park City, Utah.

Fans who attend the shows can expect the British Invasion group to perform their classic hits, some deeper cuts from their 1960s heyday and a few brand-new tunes that will be featured on the band’s upcoming studio album, which is expected to be released in the coming months.

Argent tells ABC Audio that it’s very important for the band to continue to make new music and to include fresh material in their concerts. He also notes that in general, Zombies fans have been reacting very positively to the new songs that the group has been performing.

“Obviously, if we play ‘Time of the Season,’ the place erupts,” Argent explains. “But…[when we play a] new song after that, [while the reaction isn’t] quite as amazing as we get after ‘Time of the Season’…it’s a really, really significant reaction…So people embrace that as well.”

One of the new tunes The Zombies are playing is “Merry-Go-Round,” which is the song that the tour is named after. Argent says “Merry-Go-Round” was one of the first tracks that the band recorded for the upcoming album, and he feels that it could be chosen as a single.

You can check out The Zombies’ full schedule at TheZombiesMusic.com. No word yet if the canceled Ontario shows will be rescheduled.