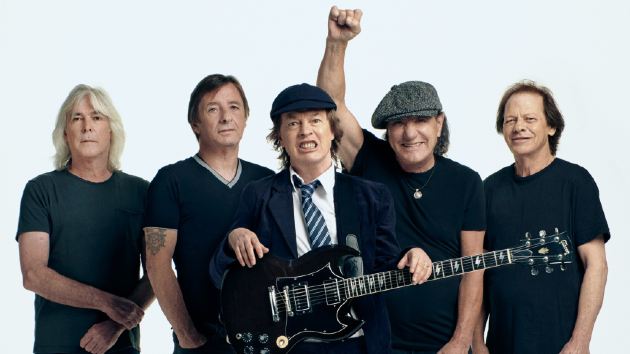 Last month, AC/DC premiered a music video for “Realize,” a track off the band’s latest album, 2020’s Power Up, and now the rock legends are giving fans a behind-the-scenes look at how the clip was made via a video feature posted at the band’s YouTube channel.

The no-frills, black-and-white video utilizes a 360-degree camera and shows the band’s five current members — singer Brian Johnson, guitarists Angus Young and Stevie Young, bassist Cliff Williams and drummer Phil Rudd — seemingly performing together on a sparse soundstage while surrounded by stacks of Marshall amps. As it turns out, the clip was put together with a little video magic, as all of the band members were shot separately in different locations, with Johnson and Williams in the U.S., Angus in Australia, Stevie in the U.K. and Rudd in New Zealand.

The making-of featurette clip also includes interview segments of Angus chatting with the “Realize” video’s co-directors, Josh Cheuse and Clemens Habicht, about how the clip was put together. At one point, Habicht is shown demonstrating how the video shoot will look using miniature models of each band member.

In addition, the behind-the-scenes feature boasts footage of each member shooting his part in the video.

Power Up was released in November, and debuted at #1 on the Billboard 200. “Realize” currently is at #21 on Billboard’s Mainstream Rock Airplay tally, and it also peaked at #4 on the Hot Hard Rock Songs chart.

Paul McCartney gets The Irishman treatment in new video for Beck collaboration, “Find My Way”