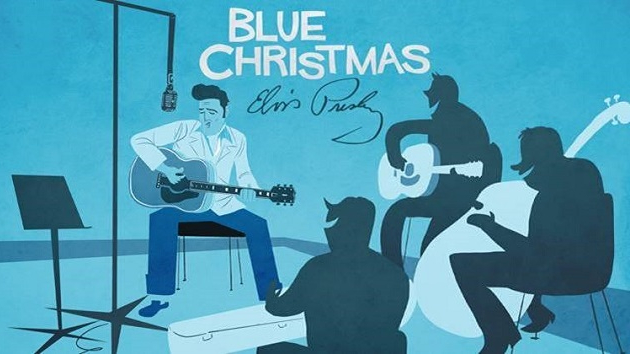 The new animated clip follows a young man as he makes his way back to his apartment alone on Christmas after his plane flight was canceled, a young mother spending the holiday with her two children at their house while her husband is stationed on a naval ship, and an older couple who connect with a younger family member via computer while celebrating Christmas. The video also includes a few appearances by an animated Elvis.

“Blue Christmas” was written during the late 1940s by Billy Hayes and Jay W. Johnson, and Presley’s version was first released as part of his 1957 holiday LP Elvis’ Christmas Album, which spent four weeks on the Billboard 200 in late ’57 and early ’58. His rendition was released as a single for the first time in 1964, and the tune hit #40 on the Billboard Hot 100 that year.