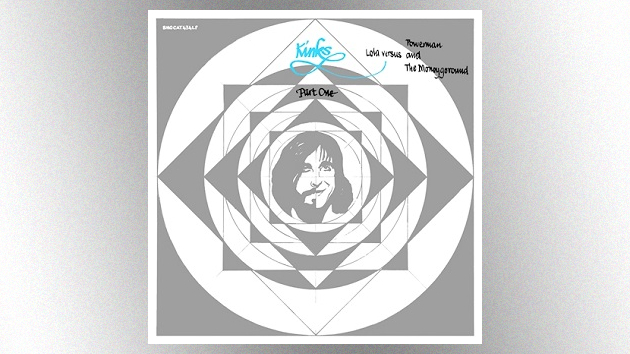 The Kinks have debuted a new lyric video for “The Follower/Any Time 2020,” one of the bonus tracks featured on the upcoming reissue of the band’s 1970 concept album Lola Versus Powerman and the Moneygoround, Part One, due out December 18.

The track, which is available now as a digital single and via steaming services, is a new medley created by Kinks frontman Ray Davies that combines a remastered version of the Lola Versus Powerman outtake “Anytime” with previously unreleased versions and excerpts of several songs from the album, plus spoken-word segments and sound effects.

The video begins with new black-and-white footage of a woman walking around the streets London.  We see her talking on her phone and visiting a record shop, where she puts a vinyl version of Lola Versus Powerman on a turntable. The clip also includes an animated segment showing a kaleidoscopic montage of elements of the album’s cover art, plus archival performance footage and photos of The Kinks.

As previously reported, the Lola Versus Powerman and the Moneygoround, Part One will be released in multiple formats and configurations. A deluxe box-set edition features three CDs, including a remastered stereo mix of the album, alternate mixes and versions of songs, B-sides, session tapes, live performances, BBC recordings, demos, medleys and segments boasting new conversations between Ray and Kinks guitarist Dave Davies.

The reissue also is available as a single CD, a two-CD set, a heavyweight vinyl LP and digitally.