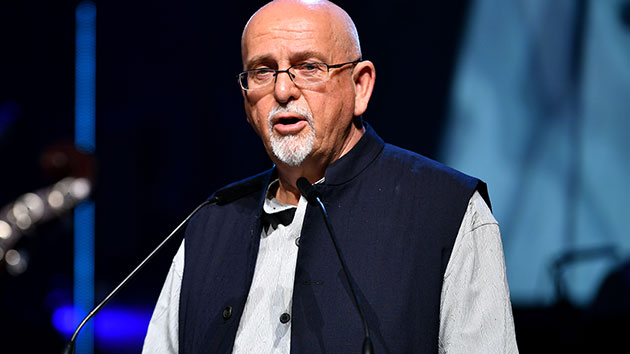 Peter Gabriel recently recorded a new version of his emotional 1980 protest anthem “Biko” with more than 20 other musicians from around the world. A video of the performance premiered today on RollingStone.com and will be available exclusively on the website for 24 hours.

The clip is the latest installment of the Playing for Change organization‘s “Song Around the World” series of videos, which feature musicians from across the globe coming together remotely to perform covers of famous tunes.

The video was produced by Robbie Robertson‘s son, Sebastian, and Playing for Change co-founder Mark Johnson.

“This song is as relevant today as the day it was written and inspires our need for racial and social justice,” says Johnson. “Once we all join together as a planet, there’s nothing we can’t overcome.”

Gabriel wrote “Biko” about South African anti-apartheid activist Stephen Biko, who was murdered in 1977 while in police custody.

Peter tells Rolling Stone that he feels the song is still relevant today.

“Although the white minority government has gone in South Africa, the racism around the world that apartheid represented has not,” Gabriel maintains. “Racism and nationalism are sadly on the rise.”

The video actually got its world premiere in December during a one-off livestream event called “Peace Through Music: A Global Event for Social Justice” held in honor of the 75th anniversary of the United Nations.

On Saturday, February 13, which is Gabriel’s 71st birthday, the “Biko” clip also will be viewable at Playing for Change’s YouTube channel.