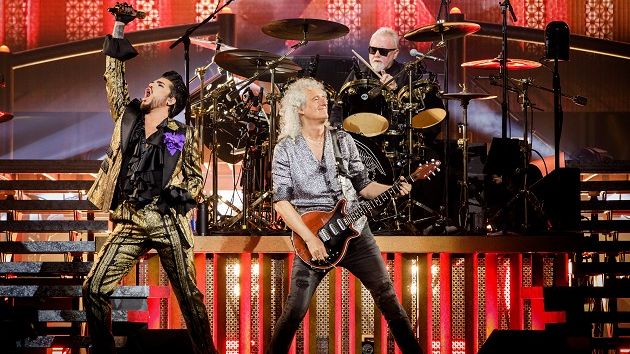 Queen + Adam Lambert have announced the “heartbreaking” news that their Rhapsody Tour of the U.K. and Europe has now been postponed until 2022 because of the ongoing COVID-19 pandemic.

The trek originally was scheduled to kick off in May of 2020, but it initially was pushed back to May of this year because of the health crisis. The tour now is slated to begin with a May 30-31, 2022, stand in Manchester, U.K., and is mapped out through a July 17-18 engagement in Copenhagen, Denmark.

The 2022 outing features an expanded list of 29 dates that includes a pair of new shows in Glasgow, Scotland, plus two concerts in Manchester and Birmingham, England, rather than one each as had been originally scheduled in those cities. The tour still will feature a 10-show residency at London’s O2 arena.

“Under continuing Europe-wide Covid restrictions there’s no possible way the tour can go ahead as planned for this year,” Queen’s Brian May and Roger Taylor, as well as Adam Lambert, say in a joint statement. “The prospect of again not being able to look forward to performing and getting to experience those wonderful audiences is just heartbreaking.”

Taylor adds, “When we do eventually get to play in front of live audiences it will be with a ferociously renewed attack and we shall revel in the wonderful experience of actually interacting with them again.”

In October 2020, Queen + Lambert released their first concert album and video, Live Around the World, which featured highlights from various concerts that took place in recent years.

Here are the 2022 dates for Queen + Adam Lambert’s Rhapsody Tour:

It’s no RickRoll: “Never Gonna Give You Up” finally hits one billion YouTube views

Now we know why Sting was hanging with Selena Gomez, Steve Martin & Martin Short in January